If you have been following ‘Dancing with the Stars’ since the beginning of the year, you may have noticed the wonderful hair creations of the Professional dancers and the Celebrities.

These were all created and managed by Carol-Ann McGuirk, hairdresser to the Stars.  Carol-Ann has worked tirelessly every weekend to ensure that all of the hairstyles of each dancer looked spectacular on the dance floor.  Not a hair could be out-of-place while they twirled and whirled around and even when they were upside down on a few occasions.

Carol-Ann has nearly 30 years of hairdressing experience, starting out on her career at a young age of 14.  She trained in Peter Marks Hair Salon and worked for about 18 years with the group, with her longest time being spent in the Stephens Green Salon.  She worked for some time in London at the Charles Worthington Salon where she was involved with ‘London Fashion Week’.  Carol-Ann currently is an Art Director at Reds Hair Salon, Dawson Street, Dublin and is in her 11th year at this salon. 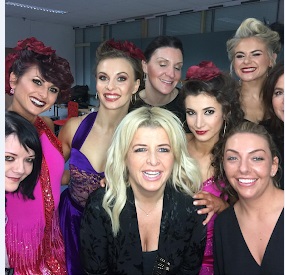 ‘Off the Rails’, ‘Meteor Awards’, Chief hairstylist for ‘The Voice of Ireland’ for 6 years.  These are only some of the shows that Carol-Ann has worked on.  She was part of the ‘Operation Transformation’ team for 8 years and only gave this up in order to do ‘Dancing with the Stars’.  This is all apart from the day job at Reds Hair Salon where all her clients speak highly of her.  Carol-Ann was quoted in an interview last year saying “I treat all my regular clients like celebrities, so I am very comfortable working with great artists in TV, Film, Theatre, Music or Dance productions. It’s my job and I love it”.

Carol-Ann relaxes in her downtime by going to the gym and horse riding when she can. She has won numerous awards, among them – the ‘Creative Fantasy Awards’ with the Irish Hair Federation which she won twice and came second as well on another occasion.  Carol-Ann was the first Irish girl to come 4th  in the World at the ‘Full Fashion’ event in Milan with ‘Team Ireland’ a few years ago.  She came 3rd in Europe at ‘The World Hairdressing Championships’ in Germany again with Team Ireland.  Carol-Ann has also been awarded the Image Award (L’Oreal Color Trophy).

In February 2018 Carol-Ann was nominated and shortlisted for the Image Beauty of Business Awards 2018 in the Most Creative Talent in Hair Category.  The winner of the Most Creative Talent in Hair award will have shown precision, outstanding creativity and flair in hairdressing. He or she will have a reputation as one of Ireland’s most in demand hair heroes. 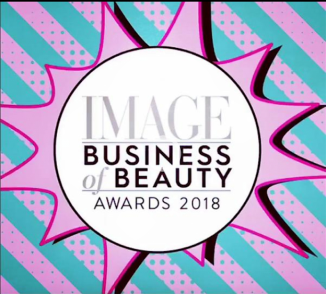 I have been campaigning over the past few weeks on her behalf through Instagram, Twitter and Facebook.  The votes are coming and we need them to keep coming until midnight on Sunday 8th April.  The award ceremony is on the following weekend.  Let us help Carol-Ann get the award that she deserves.

Only this week left for voting.  Thank you for your votes. CLICK HERE PLEASE 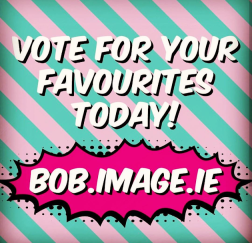